We are living in interesting times. Multiple and interconnecting challenges are converging which threaten to overwhelm our capacity to adapt and survive. Climate change, mass extinctions, the collapse of ecosystems, pollution, soil erosion, overfishing, mountains of waste and land-fill, the rise of slums, increasing inequality and the growing chasm between rich and poor, the population explosion at over 7 billion and counting…

Given all this, isn’t it a bit self-indulgent to be worrying about self-expression and the meaning of life? Working on our issues and healing our inner child? Isn’t it all a little narcissistic? 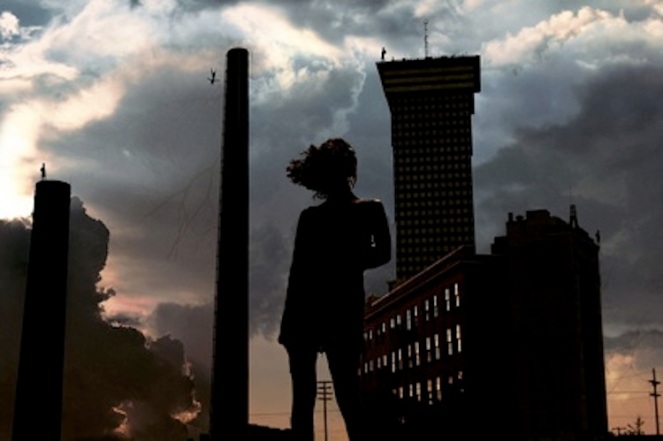 What causes us to live in a way that creates such destruction? We’re also seeing rising levels of mental illness and ‘lifestyle diseases’ in affluent countries, corruption and the breakdown of trust in our political and economic institutions, the failure of leadership, the loss of democratic values, erosion of hard-won civil liberties, the dominance of market forces and the hollowing out of values. Something has clearly gone wrong.

But there are also more people undergoing spontaneous spiritual awakenings. Could there be a parallel between individual spiritual crises and our current global predicament?

We have arrived at a tipping point. As we destroy the ecological foundations on which our civilisation depends, we are thrown into a state of deep turmoil. We cannot progress any further forward from this position without causing more chaos and destruction. Chaos generally resolves itself in one of two ways. It either tips over into breakdown and disintegration, or jumps into a new, higher state of order and self-organisation.

If we don’t want to become another failed civilisation it is time to change. It is time to become fully human and truly civilised.

My own tipping point happened over 20 years ago when I plunged into spiritual crisis. The chaos in my psyche resolved itself into satori or awakening when I was 33. Consciousness evolves just as biology does, and I had reached the next stage in my evolution. It is often when everything seems to go wrong that there is a sudden shift, an inner reorganisation and a leap forward in growth and maturity.

Could this be happening now on a global scale? Are we going through a collective breakdown in order to break through into wisdom and a higher order?

Individual consciousness is shaped by the collective of which it is part, and these reflect each other, magnifying and distorting, a global hall of mirrors. The state of the world reflects the state of our collective consciousness, our global brain. The current crisis reflects the deep evolutionary changes underway in the human psyche.

We are moving from an age dominated by materialism, consumption and reductionism, to something more holistic, more humane. Our current culture emphasises quantity over quality, the measurable over the meaningful. We are dominated by the myth of progress, nature is seen as a resource to be plundered, consciousness is just brain activity, and we are organic machines for the propagation of genes.

How do we wake up from this self-induced ‘cultural autism’?

If we are to survive the roosting of our many destructive chickens, we must undergo a paradigm shift as massive as the Copernican revolution that kicked off the Age of Enlightenment and paved the way for the Industrial Age, and our current predicament.

It is time to move away from materialism and reductionism towards the holistic and integral. Reality is not the same as the maps we make or the concepts we impose. Currently, our maps, concepts and systems are breaking down because they don’t adequately reflect reality. Our patriarchal, materialist worldview is too restrictive and so it is breaking apart.

It is the same process undergone in spiritual awakening. The ego and self-image become too restrictive and in order for the individual to continue to grow, the ego is shattered. It is an heroic act of individuation undertaken in faith, a leap into the unknown.

It is time for humanity to take that leap, to grow up and become fully Human. This time may be chaotic and frightening. The old rules no longer hold. We don’t know where we’ll end up. To make it through this initiation into collective adulthood, we need new and better stories, new ways of making sense of who we are and why we are here.

There has never been a better time to be alive.

Visit the Dark Night Resources page for tons of links

4 thoughts on “The Global Spiritual Crisis”