The Jupiter archetype represents our desire to expand and grow, to make progress and improve our lives. It is philosophical and aspirational, and about searching for meaning and significance, success and joy. Jupiter rules the sign of Sagittarius and Pisces. The symbol is the half circle of soul rising beside the cross of matter. 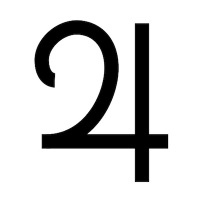 In Greek mythology we have Zeus, King of the gods. His name means ‘lightener’ or ‘he who gives enlightenment’, and he rules thunder, lightning and storms. Zeus was the son of Kronos who had received a prophecy warning him one of his sons would overthrow him. So he swallowed all his children, but Zeus escaped, hidden by his mother Rhea who substituted a stone in his place. Later, Kronos vomited the stone, and his other children, back up, whereupon Zeus led his siblings in a rebellion against their father, becoming ruler of the gods. Zeus is also notorious for his many sexual conquests, being shamelessly promiscuous and always chasing off after, well, anything with a pulse. He was married to Hera, who was also his sister, and although their marriage was turbulent, he always returned to her.

The equivalent to Zeus in Germanic and Scandinavian mythology is Wotan or Odin. He is ruler of the gods, storms and chaos. Odin lost an eye gaining wisdom from the World-Ash or Yggdrasil. Wounded by his own blade, he hung upside down from the Tree of the World for nine nights, finally spying the runes of wisdom and returning them to us as a gift.

Gattaca is set in a world of genetic engineering, where ‘designer people’ have perfect genetics, rule society and are known as ‘Valid’, while those of natural birth are called ‘In-valid’. The story follows Vincent, played by Ethan Hawke, who is an In-valid and determined break free of his imperfect genetic destiny. He wants to go into space, but only Valids are eligible. Vincent meets a Valid called Jerome, played by Jude Law, who is willing to sell his genetic material. Using Jerome’s blood, skin, hair and urine samples, Vincent sets out to create a new identity and fulfil his dreams.

127 Hours tells the story of adventurer Aron Ralston, played by James Franco, as he sets out on a day of canyoneering in Utah’s National Park. He enters Blue John Canyon and descends between the rocks, but a small boulder comes loose, falling down the crevice after him and pinning his arm against the canyon wall. He is trapped. The film follows his attempts to free himself as he becomes increasingly desperate, dehydrated and weak. After a vision of his future unborn son, he finds the courage to cut himself free by slicing through his arm using his, now blunt, knife. Ouch!

>Read the rest of the series here

3 thoughts on “The Story Behind Jupiter”