The 21st century will see the end of civilisation as we know it.

There was a time when I would have hedged a sentence like that and used words like perhaps or maybe, but not now. Climate change, depletion of essential resources, economic meltdown, and mass extinctions are combining to create a global emergency of epic scale and apocalyptic possibility. If you’re not worried, you’re not paying attention.

Over the last few years I’ve spent a lot of time reading and thinking about this crisis in an attempt to understand and find a coherent response. The more I discovered about environmental collapse, growing inequalities and injustice, and the sheer insanity of what is going on in our world, the more depressed I became. I couldn’t make sense of it or think what I should do.

Some say the only way to stop runaway climate change is total economic collapse – which would be bad. But to keep going the way we are will also lead to collapse. We’re damned either way; stuck between the proverbial rock and a hard place. Some believe we can transform our society to one that is more sustainable, but if that is possible it must happen within the next decade.

We have a very small window of opportunity and it is closing fast.

Speaking from July 2014, it looks likely that we will fail to change in time. Not enough is being done to alter our trajectory. We created this situation and yet we seem indifferent – caught up in distractions and denial. The media bombard us with images of business as usual and we dutifully fall into line. Transformation to a better world seems a long way off – a nice fantasy, nothing but another distraction.

On the other hand, we don’t fully understand how reality actually works or even what it is. In the West we believe matter is primary, and if we take this materialist view seriously then the future looks pretty bleak. But perhaps, with a little humility, we can accept there is more going on than we can see. It’s possible we have misunderstood the nature of reality so completely that this blindness has become part of the problem.

“We’ve never destroyed a planet before, so our understanding of this sad process remains primitive.” – What is Sustainable

Welcome to the Tipping Point

Our world is polarising. There are two extreme views that characterise the debate over climate change and the collapse of civilisation. On one side we have the Establishment. Their interest is in maintaining the status quo and continuing with business as usual for as long as they can make a profit. There are many vested interests in keeping the ‘Civilisation Circus’ on the road and they stand to lose a lot when the collapse finally catches up with them.

On the other side we have the Near Termers. This perspective is called The Great Unravelling by David Korten, and it sees runaway climate change as inevitable, which could lead to the Near Term Extinction of humanity and the rest of life on this planet by 2050. Pretty grim.

Given all this, is there any point in trying to change things? Should I just join the distracted hordes and drink, tweet, ‘like’, and bore myself into oblivion? Or is there another way of looking at this?

The middle way through this minefield of self-destruction is The Great Turning. It’s a paradigm shift that is already underway as people around the world wake up to the reality of our situation and choose to do something about it. This new perspective is triggering a shift in consciousness.

We are awakening to who we really are.

Before you think I’m about to get all hearts and unicorns and linking hands to sing kumbayah, nothing about this situation is inevitable. There is no guarantee we will survive, even if we face the worst and make the changes necessary to offset the coming devastation. It is certain to get worse before it gets better, and it may never get better – at least not in this century.

But we still have a choice over how we live.

As civilisation crumbles, what will you stand for? Will you give in to the nihilism and psychopathy now rampant in this world? Will you die fighting to protect a passionate and meaningful life, or die with a boot in your face?

And yes, it could get that bad. For many it already has. People in positions of power rarely step down willingly and tend to react badly to losing their power.

What does awakening mean in this context?

The Great Turning recognises that we can meet our needs without destroying our world or ourselves. It is willing to face the truth of our situation and take responsibility for our place on this earth.

Even if it ultimately fails, there is more at stake here than mindless ecocide and genocide. This is a battle for the human soul.

We don’t have to call this a spiritual crisis. If the word ‘spiritual’ makes you bilious, you can just see it as a shift in values – a commonsense recognition that we are all interdependent. There’s nothing mystical about that – it’s a simple fact.

Breakthroughs in science, consciousness studies, ecology and systems theory have demonstrated the fallacy at the heart of the materialist worldview, but this is yet to filter through into society in any meaningful way.

As I’ve already mentioned, materialism sees matter as primary – everything can be reduced to a physical cause. Viewing reality this way leads to a hollowing out of values and the trivialisation of the subjective, inner life of humanity. It feeds into the belief that money and possessions are more important than human values such as love, empathy and compassion. It’s a dangerous way to think.

By pinning everything down to a material cause and assigning it a monetary value, we fool ourselves into thinking we are taking control. This way of thinking may be useful up to a point, and it is a natural part of our development as we mature. But the last few decades have seen an escalation and magnification of this belief system out of all proportion to its usefulness.

Materialism has become our death warrant.

Continuing to live as if the only things that matter are what we earn, what we buy, how much we can eat, or how many toys we have, is insane. It is the act of an ego in flight from its own unreality.

If you’re reading this then you probably already know that you are not your ego. It is a tiny part of our mental makeup. The ego is the smallest and the least of what we are. It is fundamentally insecure and so makes very bad choices.

This is the heart of our current predicament: we don’t know who we are and we look for love in all the wrong places.

What can I do?

As more of us wake up to the truth of who we are, a shift will occur away from destructive materialist values. We will reconnect with our humanity and choose to build a sane society and create lives worth living.

One of the best things we can do is share our experiences of awakening. Spread the word! Belief in the possibility of change is often the first barrier to overcome on this journey. We also need accurate information about what is happening. It does no good to bury your head in the sand and tell yourself it’ll go away if you don’t think about it.

I want to understand not just if it’s possible for us to turn this situation around, but also what the spiritual and moral consequences are of us failing to do so. The realisation that we could be the last humans to walk this earth is terrifying and sobering.

My response then is to wake up to reality in the fullest sense. Not just to the reality of the crisis, but also to the underlying reasons for it and the true nature of the consciousness of which we are all part. 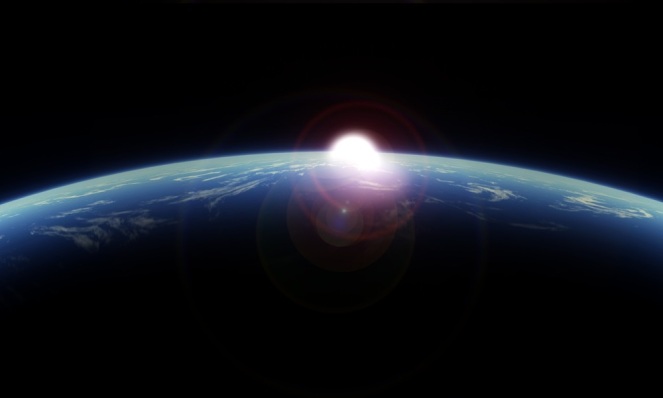 As my own life unravelled in recent years, I began to realise that nothing would work if I didn’t let go of my old ego agendas. If I wanted a life worth living I must stop trying to control and manipulate how things turned out. I needed a new story.

Our power does not depend on fractional reserve banking or fossil fuels or any other insane scheme to dominate the natural world. Our true power lies in the way we think and what stories we choose to believe.

Our true power lies with each other.

“When we find a good story and fully give ourselves to it, that story can act through us, breathing new life into everything we do. When we move in a direction that touches our heart, we add to the momentum of deeper purpose that makes us feel more alive.” – Active Hope

The old ego agenda is finished. It has proved its incompetence time and again. It’s a crazy old king dying on the throne from his own self-inflicted wounds. It’s time to put him out of his misery.

My new Agenda is Awakening.

>Read my series on The Great Turning here

>For more on the process of awakening, try these posts!

10 thoughts on “Agenda: Awakening! and the Quest for a Life Worth Living”