I’m amazed to announce The Shining Ones is finished – well, apart from a final polish edit and proof. No matter how many times I tried to kill this book, it wouldn’t die, which is appropriate because it features characters who are reborn from long ago – but that’s a spoiler so forget I said it… 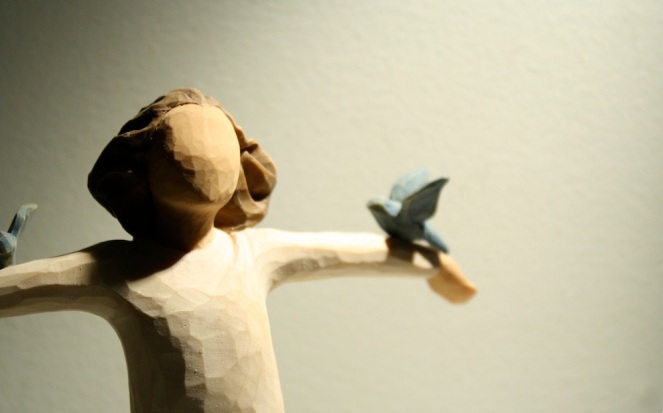 My intention had been to blog through the writing of the book and share some of the process with you, but it didn’t work out that way. Instead I kept it in a fiercely protected state of lockdown for years and refused to discuss the details with anyone. There were a couple of mentions on my old blog while I struggled with the early drafts, but aside from that, it was a big secret. I wasn’t worried about people nicking my ideas – the story isn’t remotely original – I just wasn’t sure.

The idea first materialised back in 2012. I did a ton of research and loads of exploratory writing, but no matter how many permutations I ran, I couldn’t decide if the story would work. There was only one way to find out – write the book.

So I launched into the first draft in 2013, and then rewrote, edited, hacked away chunks, started again, completely rethought the whole thing, changed my mind and put it back the way it had been originally, hacked away more chunks, rewrote, and edited, and rewrote – you get the idea – until I finally had a draft I was willing to show someone. That was in 2015.

It took far too long and I kept getting sidetracked by doubt, second-guessing myself and worrying too much what other people would think.

But now, when I look back at those early drafts and compare them with the finished manuscript, the best bits were there from the start. So I really didn’t need to doubt myself quite so much!

During the interminable rewriting I changed the name of the book and did some extensive restructuring of the story. There was a lot of plot that was back story, and some that was stuff that should happen in a potential follow-up book. At one point I realised that I’d started the story in the wrong place – a year too late in the story timeline. That’s all standard writing stuff, but the real problems were inside my head.

Every time I was struck down with a bout of doubt, I would put the book aside and do something else for a while – like publish my first novel, or start writing another book about overcoming writer’s block. Irony overload.

On one occasion, I’d had enough of listening to myself drone on about how ridiculous the book was and how stupid I was for even trying to write it in the first place. I was stuck and didn’t know how to fix the story problem I’d run into. So I shoved the manuscript and all my notes into a box and stuck it in a cupboard where I couldn’t see it, thinking, “Fuck it! I give up.”

I went for a walk and ended up in the local supermarket. Now at this point I should mention that the book features particular symbols that form key turning points in the story – an ankh, amongst others. Anyway, I grabbed some shopping and went to the checkout.

Sitting at the till was a woman wearing two tiny ankh earrings. Was this a sign? I asked myself.

I couldn’t stop staring at the earrings, and then out of nowhere, the solution to my story conundrum exploded into my mind. By the time I got home, I knew how to fix the problem – and had to retrieve the book from its box of shame in the cupboard.

This kind of thing happened over and over again through the writing of the book. Every time I got sidetracked or lost, or wilfully confused myself for no good reason, I would stumble across a piece of information I needed, or a synchronicity would bounce me back onto the right path.

No matter how many times I gave up on the book, it refused to be ignored. The Shining Ones wanted to be written.

Of course, the writing is just the beginning. The real nightmare is what comes next. The selling.

This is the point where I tell you that it wasn’t just me who had it in for my book. Other people were pretty keen to stick a spanner in my works too – mainly the tax credit office, which is another story for another time.

In Slush Pile Woes I said I’d write about the process of finding an agent for the book, but… if you’ve been following the blog you’ll know… I’ve done no such thing. Needless to say, it didn’t go to plan.

It started well. I received some excellent feedback and helpful editorial notes from readers. One editor even mentioned the book to an agent friend of his who said he’d be happy to read the book. You can imagine my reaction.

This all ties in with the tax credit thing so I won’t say too much here – you’ll have to wait for the next post for the gory details. In the end, I never the sent the book to that particular agent, which was a disappointment. But at the time, I thought, there’s plenty more sharks in the sea…

But none of the sharks were hungry.

Not for this particular book. I sent The Shining Ones out to agents and publishers through 2016 and every single one rejected it. Some of them ignored it.

By October, I’d had enough of the humiliation and felt thoroughly disillusioned. I was emotionally and physically burnt out for other reasons too. The dream of publication was dead.

This was a good thing.

And yet again, that’s another story for another time, but I came to realise that the dark night process had successfully penetrated every part of my life. There was nothing left to let go of.

Except the book itself.

So I put it on hold while I finished writing Free Your Pen – which I did in order to reset my thinking about writing and why I was doing such a crazy thing. I published that in February this year, and then got back to tinkering with The Shining Ones. And rewrote it – again! – this time for self-publishing.

Now I’m editing and proofing the manuscript. Next up is designing the cover, writing the blurb, and formatting the book for Kindle and paperback. I’m aiming to publish some time in October – if all goes to plan…!

Just so you and I are on the same page – here’s the blurb I have so far (it needs a bit of work):

Anastasia Wilson and her friends uncover a prophecy that reveals they are the Shining Ones, powerful beings who brought civilisation to mankind at the end of the Ice Age. Now civilisation is under threat, they have returned to trigger the next stage in human evolution.

But Ana’s ruthless enemy has also returned. Gregori is determined to stop the prophecy and destroy his ancient rival. To defeat Gregori, Ana must learn to control her powers and remember who she was before the ice melted…

Set in the near future in a slowly disintegrating but familiar world, The Shining Ones is a globetrotting fantasy thriller where the gods reincarnate as ordinary people and rub shoulders with otherworldly angels disguised as pigeons. Fast moving and witty, with a startling twist on an old story, this is a world where nothing is what it appears and love is the ultimate superpower.

You can read a longer version here: Introducing the Shining Ones

2 thoughts on “The book that wouldn’t die: A History of The Shining Ones”

Classic Spoilers: from Tolstoy and Hemingway