Venus retrograde happens less often than Mercury so it can take you by surprise. It goes retrograde only once every 18 months and provides an opportunity to delve into all things Venusian. In this post we’ll look at what you can expect from Venus retrograde cycles and how to make the most of these important periods. 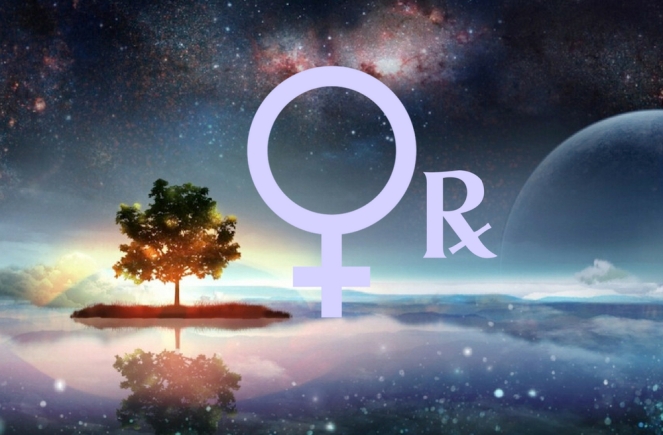 Venus represents values, harmony and relationships between people and ideas. Your personal values influence your actions and guide what you want, the things and people you care about, and how you make sense of your life. In simple terms, you value what gives your life meaning. So Venus retrograde is the perfect time to assess your values and desires in connection to relationships, self-worth, finances, possessions, and creative projects.

When planets go retrograde, they appear to be moving backwards in the sky. For more on how retrograde motion works, see the Mercury Retrograde post here. Mercury and Venus retrograde cycles work in a similar way but with Venus, the cycle officially begins with the inferior conjunction after the planet has turned retrograde. Here are the dates for the 2018 cycle:

For this year’s dates go here: The Astrology of 2022

The next retrograde cycle and inferior conjunction will happen in 2020 in Gemini.

Venus never gets far from the Sun due to its orbit – the furthest is about 46 degrees – and the planet can only be seen at its greatest elongation, either east or west. Venus goes retrograde for about 40 days in total, but the entire cycle takes about 18 months. It begins with the inferior conjunction when Venus is closest to the Earth and between us and the Sun. The superior conjunction is the midpoint of the cycle and happens when Venus passes behind the Sun and is furthest from the earth.

Here’s a diagram showing the basic relationship between Venus, the Sun, and the Earth – not to scale!

When Venus is at its greatest elongation to the west it rises as the Evening Star, or Hesperus. About 2 months later, it stations retrograde and appears to move backwards until it forms the inferior conjunction with the Sun. Venus can’t be seen during this time because its light is obliterated by the Sun. But about a week later, it pops back up – this time in the east.

Venus rises in the east as the Morning Star, or Phosphorus – also called Lucifer, meaning Light-bringer. About 3 weeks after the inferior conjunction, Venus stations direct and moves towards its greatest eastern elongation, and from there continues to travel behind the Sun. The planet becomes invisible again for about 50 days around the superior conjunction. From there, it moves around to rise again in the west as the Evening Star.

But the cycle has a much longer focus because Venus goes retrograde in the same sign every 8 years, and over time this creates a pattern. In each 8 year period, Venus orbits the Sun 13 times and passes between the Sun and the Earth five times. This gives us five synodic cycles that each last about 18 months, or 584 days.

A synodic cycle begins with the inferior conjunction and when these are plotted over time, they form a five-pointed star within the zodiac. Each successive cycle repeats the pattern and slowly shifts backwards through the signs. It takes about 1,215 years to move through the whole zodiac, and the current cycle is activating the signs of Scorpio, Gemini, Capricorn, Leo, and Aries.

There’s no real start or end point to this cycle – it just runs and runs in a process of continuous change and evolution that hides the secrets of life in its numbers. For example, the ratio of 13 Venus years to 8 Earth years (13:8) produces 1.625, a number very close to the Golden ratio of phi (1.618) and the Fibonacci series. The Venus cycle also gives us the ratio 8:5, or 1.6.

Phi is a mathematical principle found in nature and underpins everything from the shape of galaxies, to shells and how plants grow, as well as the structure of DNA. It’s seen as an expression of divine order and harmony, as revealed in Leonardo da Vinci’s Vitruvian Man. The symbolism of the number five is also significant and is associated with esoteric knowledge and mankind’s physical incarnation.

Venus was used to calculate calendars in many ancient civilisations, including Egypt, Sumer, and the Mayan Long Count. The Aztec calendar was built around the eight year cycle of Venus, their god of war. When the planet turned retrograde, he descended into the underworld to meet up with the goddess of love, and the fruit of their union was a sky monster. A ritual ball game was played during the week of the inferior conjunction and Venus lost – i.e. its light was obliterated by the Sun.

The Dark Side of Venus

Venus is a dual archetype and has both an earthy and a celestial dimension, as shown by its rulership of Taurus and Libra. The Taurean Venus is sensual and instinctive and arises from natural bodily desires and appetites. While the Libran Venus is idealistic and cerebral and sociable, so is coloured by ideas about morality and acceptability.

When Venus goes retrograde, she connects you to the more instinctual, primal side of the archetype. This process is symbolised in mythology in stories of the goddess (or god) descending into the underworld and returning with hidden knowledge of the mysteries of life and renewal.

For example, Inanna, the Sumerian goddess of love and war, descends into the underworld and is stripped of everything she values. When she returns to the world, she reclaims the items she lost in the descent, now transformed through an encounter with her dark side, embodied as Ereshkigal.

The Aztec sky monster also refers to the shadow side of Venus – the green-eyed monster of jealousy and the emotions of lust and envy. When Venus goes retrograde it can bring these darker emotions to the surface and you’re more likely to be overcome by dark passions, possessiveness, hatred, and feelings of betrayal.

The challenge with Venus is to balance both sides of its nature. In other words, you need to align your ideals with your instincts. If these two sides of your nature fall out of balance, you’re more likely to experience an eruption of the dark face of Venus during the retrograde period. Ideally, you should aim to express your natural instincts in a way that’s socially acceptable without suppressing or denying who you are. As Erin Sullivan explains in Retrograde Planets:

“If we go against our core instincts and behave in a way which we know to be false, yet are applauded by millions, then this is a Venus problem. In a situation such as this, the instinctual Venus has been subordinated by [the] social-ideal Venus, resulting in imbalance.” 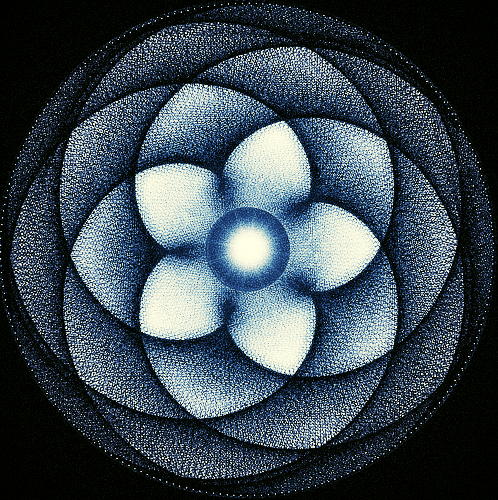 When a planet goes retrograde, the energies it represents are said to turn inwards, so this is a good time to look inwards and see how your Venus is doing. Any external issues you have connected to Venus (like money, finances, possessions, relationships, creative projects) are a reflection of what you value. And what you value is a reflection of how you see yourself – your level of self-esteem and self-worth.

So Venus retrograde is a chance to find out what you really feel about everything in your life and how you feel about yourself. Ask yourself:

Whatever the answers to these questions, they must come from within. It’s important to find out what you really like, not what you think you like, or think you should like, or what your friends and family like, and so on. Ask yourself what you really need in order to feel loved, and try to find that quality within yourself.

When Venus is retrograde it’s time to listen to what your soul needs you to hear. The message might not be obvious straight away and it’s unlikely to come through in words. The soul speaks in the language of dreams, images, intuitions, and feelings, and these take time to fully unpack and understand.

Use the weeks of the retrograde phase to look at your relationships and values to see if you’re living in harmony with your deepest soul values. There may be things and people and circumstances in your life that no longer reflect how you see or value yourself, so those things may have to go.

Venus retrograde can also flip your values and make you react the opposite way to usual. This is related to the idea of achieving wholeness and balance between the two natures of Venus. So if your normal way of assessing things is quite rational and intellectual, when Venus goes retrograde you might become more instinctive. And if you’re normally driven by your feelings and desires, you might stop to think things through instead.

Obviously this can create problems, but the idea is to open you up to alternative perspectives and ways of being. The more problems you have during this time, the further away from your core values you may have moved. If you experience a sudden switch to the opposite position on something, then it’s a sign you’re out of alignment with your deeper values.

That doesn’t necessarily mean you should now adopt the opposite position, only that it might be a good idea to explore alternatives and perhaps loosen up a bit. Extremes are never usually a good thing. The ideal is to find a balance between the opposites, one that doesn’t exclude either side or reduce the opposites into a bland homogenised mush.

Whatever comes up during the retrograde may take several cycles to fully understand and integrate into your life. Venus turns retrograde in the same sign every 8 years so look back to what was happening in your life during the previous cycle – around October 2010. See if there’s a pattern that links to your present circumstances and feelings. What have you learned and how have you changed since that time? Unfinished business could be reactivated now so you can deal with it and find a resolution.

As with Mercury retrograde, it’s a good idea to resist making big changes or serious commitments while Venus is retrograde because you might feel different once it goes direct. Try not to do anything rash, especially after the inferior conjunction when emotions can run high.

Assess the areas of your life that are affected and stay open to insights into the changes you need to make. When Venus turns direct you’ll have a clearer sense of your true feelings and then you’ll be able to put plans or commitments into action and make any necessary changes.

7 thoughts on “A Guide to Stealing Fire during Venus Retrograde”