Adam wasn’t there when I arrived at the concrete seats. I leaned over the fence and watched the river tumble by, my breath condensing in the frigid air. A polite cough sounded behind me and I turned. Adam was sitting on one of the seats dressed in his usual exquisite tailored suit, having made no concession to the weather. I blew into my gloved hands and sat opposite him.

I started to unwind my fluffy purple scarf. ‘D’you want this?’

‘Seriously, you must be freezing.’

I threw my scarf back around my throat and sat very still. Maybe he was one of those yogis who can control their body temperature. They sit outside in the middle of winter, completely naked, while other monks wrap wet blankets around them. They generate so much heat within their bodies, the blankets dry out in minutes. Adam didn’t look cold at all, but I couldn’t ask him about it now, he’d think I was still dodging something. There was no getting away from it.

‘Jonah said you might be able to help me control my trances.’

Adam watched me closely, and I shifted in my seat. It felt like he was looking straight through me. I wasn’t sure he was even blinking.

‘Start at the beginning.’ Adam’s voice was gentle and soothing, like he understood how hard this was for me. I took a deep breath and began.

‘When I was about 7, or maybe 8, not sure, probably doesn’t matter, I used to see fractals in the air, still do sometimes, when I trance. You know fractals?’

‘So, anyway, that stopped for a bit, when I was a teenager. And then everything was normal, well, y’know, normal for a teenager. Mood swings, hormonal apocalypse. Lots of crying, mainly. Never cried since, well, once over some boots, but that’s not… relevant. Anyway, I went to university and that’s when it all went wrong.’

I looked down at my shaking hands. I had never told anyone what happened that summer, just before my 21st birthday. I knew how it sounded. I knew they’d think I was insane. I didn’t want people to look at me the way they looked at Dad, with that stupid fixed smile and the fear in their eyes that said: please don’t do anything crazy, please don’t make me uncomfortable.

He spoke so softly I almost didn’t hear him. I took another deep breath. I knew I had to tell it all, but it was hard to keep it straight in my head. In a sense, I had made myself forget. It was the only way to keep moving forward.

It was the end of the second year, summer break, and Mum was away on an art buying trip. She left me in charge of the house. I don’t know how it started, it came out of nowhere. One minute, I’m studying the development of syntaxical-membership cognition and the next, I’m hearing voices and having massive panic attacks. A room full of people had invaded my head and were all talking at once; a tape playing backwards at speed, gibberish ripping my mind to shreds. I had amnesia and lost pockets of time. There was just a kind of blankness; my brain sucked into a black hole. I’d sort of wake up walking down the street with no idea where I was going or why. I would turn around and go home, only to discover we’d run out of milk and have to go back out again.

Then there were the days everything glowed. It was as if the world had become more real, more alive, like it was shouting at me, pulsing with an inner light, buzzing with an energy I could sense rather than see. Even inanimate objects seemed alive, and it was all connected up, somehow. But then, the next day the light would be gone and everything was back to being dead and empty; a hollowed out travesty of the world.

My mind swung back and forth. I fell into a void: I was nothing, an absence of anything meaningful. I didn’t even recognise myself; the face in the mirror was a stranger. I would stand there, staring into frightened eyes, and in the back of my mind there’s a voice, a reasonable, rational voice, saying don’t be ridiculous, that’s you, that’s how mirrors work, but it looked like a crazy person, and I wasn’t a crazy person, so how could that be me? 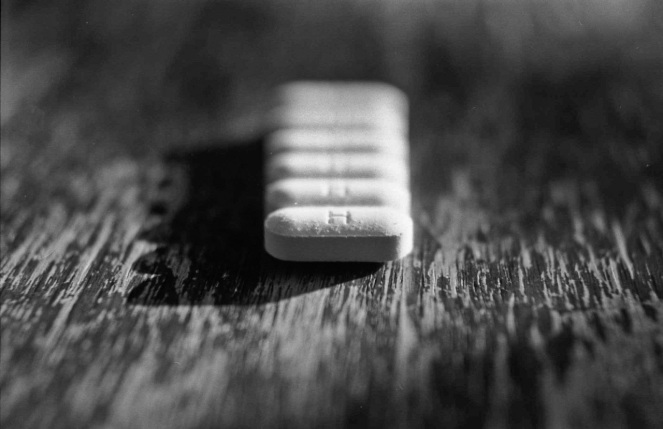 I’d read all the books so knew what was happening. I was dissociated, ontologically insecure, it was a psychotic break, a regression in service of the ego. But I didn’t want to service my ego, I wanted to kill it. I had no control, no understanding, and I wanted it to end. I planned my death with fanatical precision, careful not to draw attention or alarm anyone. I stockpiled painkillers, squirreling them away in my knickers drawer where Danny wouldn’t find them. I had so many I could’ve killed myself several times over. But when it came to it, I was stopped.

‘Someone found you in time?’ said Adam.

‘No. I’d been extra careful about that. I was determined to die and didn’t want some well-meaning person spoiling it.’

‘So what stopped you?’

‘I don’t know. One minute, I’m sat feeling numb, pills crushed up and ready to go, and the next… I was calm and peaceful, like something had lifted me up. I felt light and kind of protected. And it was as if there were two of me. One was screwed up beyond belief and the other was cool and serene. And I knew, without a doubt, that the cool, serene me was the real me, and that no matter what happened, no matter what I did to myself, or what others did, I would be all right. Because the real me was untouchable. It had always been and always would be. It’s haunted me ever since. I don’t know what it was and I want to know.’

‘Good,’ said Adam, like he was congratulating me for a job well done.

‘I’ve been through something similar. Your perception is transforming. At a certain point in the development of our consciousness it becomes possible for us to evolve to the next level, to wake up. Without training this can be, shall we say, messy.’

‘This doesn’t happen to everyone, though.’

‘It can,’ he said. ‘There’s a taboo against transcendence. We grow up and develop an ego, a centre from which to observe the world. There’s nothing wrong with this. But consciousness doesn’t stop evolving just because we think it does. Transcendence cannot be repressed. It finds another route, often destructive – alcohol, drugs, and so on. Mostly evolution doesn’t happen beyond ego because people aren’t aware it’s possible. You, on the other hand, have an abnormally endowed mind.’

‘Great,’ I said, a bit heavy on the sarcasm.

‘Your only choice is to work with it, or not. But be aware,’ Adam grew severe, ‘if you choose not to follow the path, this process, the one you’re already undergoing, will continue. It will continue whether you cooperate or not.’

‘And if I don’t cooperate?’

‘I think you’ve already had a taste.’

It didn’t sound like much of a choice to me. I could ignore what was happening, repress it, rationalise it, run the hell away from it with everything I had, and it would pursue me and rip me to pieces, like a pack of rabid wolves. Or I could embrace it and learn to master it, even if that meant entering scary territory and slaughtering a few sacred cows. I still didn’t feel comfortable calling myself a mystic, so I put that aside for the time being. This was an experiment. I would enter into it in the spirit of a scientist. I would lay out my evidence, then seek to falsify it. I would discover the truth. What other choice did I have?

‘I’m going to teach you a basic mindfulness meditation. I want you to watch your breath. The breath will always bring you back to your body, stop you getting lost in that big head of yours.’ Adam smiled at last, his eyes twinkling with mischief.

I relaxed. He said he had been through the same thing; he understood. Relief flooded my body and I wanted to jump up and hug this inscrutable man sitting so still in front of me. Instead, I stayed in my seat and listened as Adam gave strict instructions on how to meditate.

‘You must practise,’ he said. ‘It is most important.’

I stood and whipped off one of my gloves. I wanted to shake his hand, but he wouldn’t play along.

I stood there feeling foolish, then put my glove back on. ‘Thanks, Adam.’

He smiled up at me. ‘See you next week.’