I thought this day would never come, but it’s finally here – The Shining Ones has arrived! The story is about a group of friends who hold the key to the awakening of humanity, but they have no idea who they are. It was inspired by the myths that prophesy an awakening at this time in history. I took that basic idea and ran with it, creating my own slightly off-kilter version, just for fun. It’s a story that starts small and then gets bigger and bigger…

The Shining Ones is a fantasy thriller – or angelic thriller, if you prefer – that fits into the Visionary Fiction genre. If that sounds like your kind of thing, feast your eyes on the obligatory blurb and then dive into the book:

The Awakening wasn’t meant to start like this. But even angels make mistakes…

After a solar storm, society is collapsing, and healer Anastasia Wilson is struggling with her new powers. She just wants to be normal. But when her friend is abducted, Ana discovers she has a powerful enemy. Gregori believes Ana is the most dangerous woman on the planet. To save her friend, she must confront the possibility that Gregori is right…

Meanwhile, palaeolinguist Ethne Godwin is obsessed with ancient myths of the Shining Ones and searching for the roots of civilisation. She is hired to translate a text discovered on megaliths in a cave in Greenland. But when the cave is attacked, she uncovers a truth that shatters everything she thought she knew about reality and her own past.

The cosmic plan to save humanity from itself is underway. But the gods have amnesia. Can they wake up in time?

Amazon UK / Amazon US / Others

The paperback is in production and coming soon!

I’ll be sharing a few chapters over the coming days, but we start with the prologue and a light spinning into darkness:

The camera spun as it descended into the cave, the beam of its light dancing over the rocks like a demented fairy.

William Maxwell dug his hands deeper into the pockets of his parka and squinted at the monitor, waiting for the image to stabilise. He was standing in a bubble of artificial light four hundred miles north of the Arctic Circle on some of the oldest rocks on the planet. Four billion years layered beneath his feet, all the way down to biogenic graphite.

The generator sputtered and the floodlights dimmed. Will glanced at the wall of black rock rising above him, the sky a translucent bruise behind the nunatak. He had always dreamed of exploring this brutal landscape, so different and yet so similar to his native Scotland. Greenland was how he imagined the world was before life took hold, before humans arrived with their mess and madness. Standing on the glacier, listening to it roar and crack, as it had for a hundred thousand years, made him feel like the first man on earth. Or the last.

The lights flickered off and the winch lowering the camera stopped. Will shifted his feet in frustration and looked across the ice to the generator. 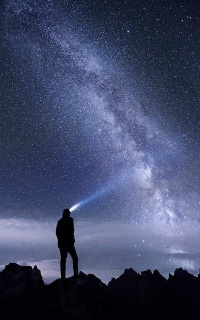 ‘Petar,’ he shouted. ‘Give the bloody thing a kick.’

In the twilight, the ice sheet gleamed like a carpet of aquamarine beryl. Released from the glare of the lights, Will could see the Milky Way. He tilted his head back, following the shimmering arc of stars, the silent beauty of the vision emptying him of himself. He could disappear in this vastness and never be seen again.

The lights flared and the camera resumed its descent.

Will shook himself and turned back to the screen. The expedition wasn’t going well. He blamed the sun. If the sun hadn’t tried to kill them all last summer they would have completed their surveys then. That’s why he was here now, struggling against the darkness, instead of sitting with his feet up and enjoying the curfew with a bottle of the finest Glenfiddich. He could be in the Grampians. No pressure, no reports; just him and the mountain.

It was the wrong season for this work. Granted, it was easier to navigate the ice when it was frozen in the winter because there were no melt streams, but they kept running out of time. There literally weren’t enough hours in the day up here. They had already delayed the expedition thanks to the superstorm. He didn’t understand why they couldn’t wait a few more months for the days to lengthen, but the company wanted results. Fast.

In three months of searching he had found nothing. Nothing they could get their hands on without disturbing the wildlife. Greenland National Park was a biosphere reserve so they couldn’t just take what they wanted, no matter how much they wanted to. ReSource was a founding member of the ARK consortium, the one group of people he didn’t want to cross. They were investing millions in this expedition and their permits were about to expire. If he didn’t find something soon ARK would leave him on the ice to freeze. Worse, he might end up indentured to a Work Farm.

Will rammed his crampons deeper into the ice and watched flashes of sandstone and dolomites pirouette over the screen. He wanted to rappel down and get his hands on the rocks, but they had to check the cave out first. Nobody was going anywhere until he had run a full risk assessment.

They had discovered it yesterday, flying over the Ismarken ice sheet in the Twin Otter. The magnetometers had flagged an anomaly, so they had flown in tight circles around the mountain running the radar and gravity gradiometers to build a map of the cave system.

All over Greenland the ice was retreating. The glaciers had shrunk to reveal the virgin land beneath, like gums peeling back from teeth. Melt streams had appeared and thousands of rivers now ran through the ice like varicose veins. One of these melt streams had created a fissure and exposed the cave. A cave no one had ever entered. A cave lost in time.

The camera juddered on the end of its rope. Will pulled off one glove and fiddled with a dial to adjust the light aperture, opening the beam. He held his breath and leaned closer, wishing for the hundredth time that the screen was larger. The light flashed crimson as the beam hit embedded minerals. Was that a ruby seam?

Will stifled a whoop of joy. The other members of his team gathered behind him, jostling for a better look at the monitor.

A collective intake of breath, then silence.

They stood as if engulfed in a sudden ice storm. The camera had come to rest, its light scattering into the vast cavern. It was sixty metres deep and at least twice as long. Will knew it was large, he had expected as much. But standing at the heart of the cave was something impossible. Will stared at the screen in shock.

‘What the hell is that?’

One thought on “The Shining Ones: Prologue – a lost secret returns to the light…”

Does this path have a heart?

How to Use WordPress – My Home