The Cloud of Unknowing is a classic mystical text that was written by an anonymous English monk in the 14th century. It’s a guide to contemplative prayer but with an agnostic approach that’s very similar to Zen, once you get past the religious language. The main message of the text is that God is ultimately unknowable and incomprehensible to the human mind, so if you want to ‘know God’, you have to let go of all your ideas about whatever it is you call ‘God.’ In essence, God can’t be defined so the only way to approach it is through surrender into not knowing.

This is similar to the Buddhist and Hindu approach, the via negativa route of neti-neti – negating all names and forms until the eternal underlying truth reveals itself. This is done through contemplation and allowing the mind to be absorbed into union with love in a ‘cloud of forgetting’ – so it’s really about moving from the intellect to the heart. 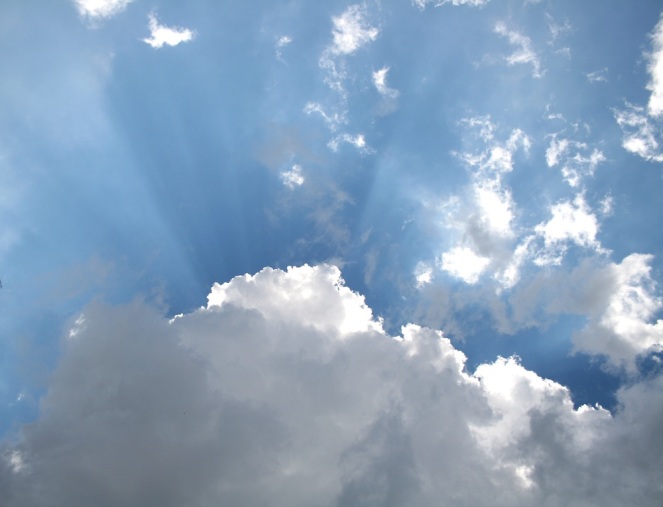 The author of The Cloud of Unknowing was influenced by earlier writings of the Greek mystics who were trying to show the limits of the intellect, and recognised that the ultimate reality was ineffable and unknowable by the human mind. The interesting side effect of this agnostic approach is that it makes it harder for the rational mind to attack it, as Armstrong explains:

“Their agnostic approach may prove to be more robust than the more rationalistic and positive vision evolved by the Christian West. It is not as vulnerable to logical and scientific attack, because, as the Greeks have always insisted, God is above, and especially opaque to, rational discussion. Russians adopted the orthodox spirituality of the Greeks and it is interesting that, even after decades of Soviet oppression, they do not have the same problems about the reality they call ‘God’ as we do in the West, where Christians always behaved as though God could be discussed like any other metaphysical entity.”

There were only 17 manuscripts of the book originally, so it wasn’t that popular during the time it was written. But various translations have been made since and it has become increasingly better known over the years. These days you can read it for free online. Evelyn Underhill edited a popular version of the text in 1922, but the version I have was translated by ex-nun, Karen Armstrong in The English Mystics of the Fourteenth Century. It’s a very accessible translation and avoids the awkwardness of the Middle English of the original. For instance, here’s Evelyn Underhill’s translation of the start of chapter 3:

“Lift up thine heart unto God with a meek stirring of love; and mean Himself, and none of His goods. And thereto, look the loath to think on aught but Himself. So that nought work in thy wit, nor in thy will, but only Himself.”

I can’t be dealing with that! Compare the above with Armstrong’s translation below:

Chapter 3: The Cloud of Unknowing

“Lift up your heart to God in a humble impulse of love and aim for him alone, not for any of the good things you want from him. Try, indeed, to hate thinking about anything but him, so that there is nothing at work in your mind or heart but only him. You should, moreover, do everything you can to forget all the things that God has ever created and all the things that they, in their turn, have brought about, so that none of your thoughts or longings are directed to or harking after any single one of them, in general or particular. Leave them alone and take no notice of them. This is the work of the soul that pleases God most. All the saints and angels take great joy in this work and hasten to encourage it all they can. All the demons are furious when you engage in this activity and they will try to frustrate it by every method in their power. All the people living in the world are wonderfully helped by this work in ways that you cannot imagine. Yes, the power of this work even brings the souls in purgatory some relief from their pain. You yourself are purified and become more strong in virtue by means of this work than by any other. And yet no work is easier or achieved more quickly, provided that a soul is helped on by grace and has a conscious longing for it. Otherwise it is difficult and beyond your capacity.

Don’t stop, therefore, but apply yourself to it assiduously until you feel this longing. When you first begin you only encounter a darkness and, as it were, a cloud of unknowing. You don’t know what is happening, except that you feel that your will is starkly and strenuously bent upon God. Whatever you do, the darkness and cloud come between you and your God and prevent you from seeing him clearly by the light of intelligence and reason, nor can you experience him emotionally in the sweet consolations of love. So prepare yourself to wait in this darkness for as long as you can, yearning all the time for him whom you love. For if you are going to experience or see God in this life it can only be in this cloud and in this darkness. And if you really intend to work hard, as I advise you, I have faith that, through his mercy, you will achieve this state.”

Extracted from Karen Armstrong’s translation in The English Mystics of the Fourteenth Century.

More quotes from The Cloud of Unknowing:

2 thoughts on “Mystical Texts: The Cloud of Unknowing”