Continuing the extracts from Free Your Pen: Mind Training for Writers. In the last few posts we explored why the mind is such an unruly place and what we can do about it. Now we dig deeper into the source of mind training practice and look at some of the ideas that underpin the teachings in this extract from chapter two:

Lojong is a meditation practice from the Tibetan Buddhist tradition that uses 59 slogans or aphorisms to train the mind in compassion and resilience. It is rooted in the Buddha’s teachings and includes practices that work as antidotes to the negative thought patterns that cause suffering.

The word lojong is usually translated as ‘mind training’, but the meaning of the Tibetan word is closer to ‘refining’ than to ‘training’ the mind. The idea is to use meditation to tame and quieten your mind, and then you can train it and refine how you think and act.

The original slogans were passed down as part of an oral tradition of teachings that began in India with the Buddha. Bengali spiritual master Atisha Dipankara brought the slogans to Tibet in 1044. The Tibetan King, Yeshe-Ö, was keen to learn more about Buddhism and invited Atisha to come and spread the Dharma.

Unsure whether he should go, Atisha prayed to the female Bodhisattva Green Tara for guidance. She appeared in a dream and told Atisha that if he went to Tibet it would extend the life of the Dharma, but his own life would be cut short. He was already in his 60s but decided the teachings were more important than his own life, so he undertook the arduous trek across the Himalayas on foot.

Atisha spent the rest of his life in Tibet spreading the teachings, but they weren’t written down until a century later when Chekawa Yeshe Dorje rediscovered them. He gathered the 59 slogans into their current form in his commentary The Root Text of the Seven Points of Training the Mind. Many more translations and commentaries have been written since, from around the world. If you would like to explore some of them, you will find references and resources in the appendix.

Before looking at the slogans in detail, it’s worth putting them into context and exploring some of the central teachings that underpin the practice of lojong.

Mind training sounds like a very cerebral activity, but it’s not just about getting your wayward mind under control. It’s also about what you do with your heart. Mind training dissolves your attachment to your ego and that has the effect of opening up your heart. It stops you getting caught in your ego’s stories and helps you to shift your perspective and reframe your experience. As your heart softens, you become more open and friendly, not just towards yourself, but to others too.

At the centre of lojong practice is the idea of using your problems to develop compassion, or bodhicitta, and this is achieved through the meditation practice of tonglen. Let’s explore what these terms mean.

In the traditional system of teachings, the slogans are divided into seven sections or points, each one building on the last. The first two points introduce the foundational teachings, while the remaining points take you through how to apply the teachings in your daily life.

The foundation of the practice is cultivating bodhicitta, which is divided into two types: absolute (or ultimate) bodhicitta, and relative bodhicitta.

Bodhicitta is the desire to awaken to your Buddha nature in order to help others to do the same. The Pali word bodhi means enlightenment, while citta means mind, so bodhicitta is usually translated as ‘enlightened or awakened mind and heart.’ You might also see it spelt ‘bodhichitta’ because this is how it is pronounced.

Absolute bodhicitta is your true nature or Buddha mind. This is the ground of your being, the fundamental consciousness beyond all concepts before it becomes split into ‘I’ and ‘other,’ or subject and object. Absolute bodhicitta can also be called emptiness or shunyata, Buddha nature, and ultimate reality. At the level of absolute bodhicitta, all is one and perceived as interconnected and interdependent. This is the goalless goal on the path to enlightenment. It is clear, open and spacious, a state of innate wakefulness or pure awareness.

While absolute bodhicitta is the foundation of wisdom and basic goodness, relative bodhicitta is compassion and love in action. It brings the teachings down to earth and puts them into practice in your daily life. Relative bodhicitta is about being kind to yourself and others based on the knowledge that there is no real separation between you. The realisation of bodhicitta dissolves the defences of your ego and opens your heart.

In lojong, relative bodhicitta is practised using a meditation called tonglen, which is also known as ‘sending and receiving.’ 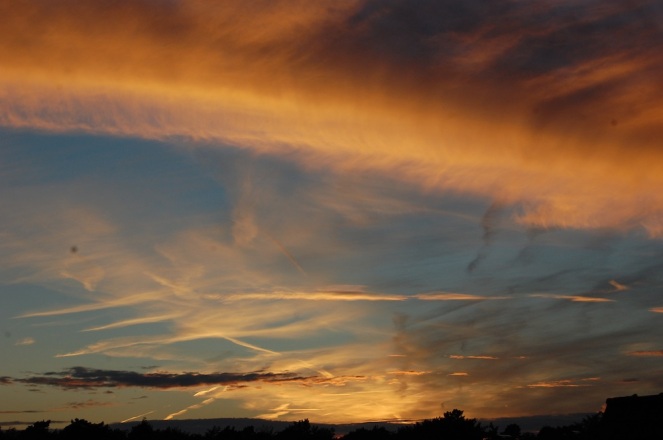 Tonglen is a Tibetan Buddhist meditation where you breathe in suffering and breathe out compassion. At first glance, this seems counterintuitive because it’s the opposite of what you would normally do when you’re in pain or unhappy. But the practice is about developing compassion so the idea is to move towards your pain rather than avoiding it. This helps to keep your heart open and transforms your suffering into happiness.

Tonglen is practised for yourself and for others, and involves recognising that everybody suffers in the same way. It dissolves the boundaries that the ego places between the self and others, and this gives rise to compassion.

Tonglen uses your problems as the raw material to awaken compassion for others and heal your own wounds at the same time. Compassion isn’t about feeling sorry for people, or wallowing in self-pity. It isn’t even about doing good works and helping those who are less fortunate.

As Norman Fischer explains in Training in Compassion:

“Compassion, for instance, sounds like such a good idea, but the problem with it is that it will probably make us sentimental, softheaded, and overly enthusiastic, and this will tend to make us troublesome to exactly the people we want to have compassion for, because our excessive sentimentality and insistence on being helpful will probably be annoying and counterproductive. … Also, quite possibly, our compassion will cause us to be disapproving or even hostile to others who we are certain are not as compassionate as we are. This, of course, is the opposite of compassion. Asked about what compassion really is, an old Zen master said, ‘It’s like reaching back for your pillow in the dark.’ In other words, it’s a simple and natural human act, no big deal.”

This is why lojong encourages you to develop awareness of absolute bodhicitta before you start spreading your love around. You may want to help others in a practical way as a result of doing this practice, but it’s important not to fool yourself about your motives. That doesn’t mean you shouldn’t help others, it’s just a reminder to check your true intentions.

The practice of tonglen is explored in depth in Slogan 7 and Slogan 10.

As we’ve seen, absolute bodhicitta is your true nature or Buddha mind, waiting patiently for you to remember who you are and come home to yourself. But what does that actually mean?

We have a confusion of selves. There is the self and the ego, and now we need to introduce another, the Self.

As we saw in Chapter One, the self (small s) tends to be confused with the ego, but they refer to different levels of experience. The ego is what you think about yourself, while the self is how it feels to be you. The Self (capital S) refers to the idea of the Higher Self, but just to confuse matters even more, it isn’t really a self at all.

The Self is your Buddha mind, and has a multitude of other names: Higher Self, True Self, Pure Self, Transpersonal Self, Transcendental Self, Atman, Christ Consciousness, True Nature, Big Mind, Buddha nature, and just to make sure you get the point, the Non-Self.

The Self is seen as an archetype of wholeness in Jungian psychology. It’s the root of your awareness, and has no content and no form, just like all archetypes. In psychological terms, the Higher Self tends to be in the shadow, hidden behind the thick walls of your Ego Fort. Meditation and lojong practice help to dissolve those walls and make your Self more accessible.

But in truth, the Self is always there. It is pure consciousness or awareness, and is what enables you to be aware of yourself and everything you experience. It’s totally impersonal and beyond concepts, which is why it isn’t strictly accurate to call it a Self – hence, the non-self of Buddhist philosophy.

Whether you call it the Self, non-self, Buddha mind, absolute bodhicitta, or emptiness, it’s the same as the true nature of reality. This means that your Higher Self is the same as everybody else’s Higher Self because there’s no separation. 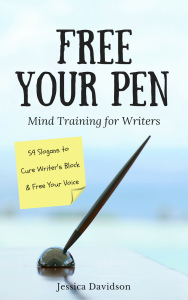 No matter what your current state of mind, you are already pure awareness in your deepest Self. The teachings of the Buddha will help you to realise that truth and remember who you are. Reconnecting with your true nature will dissolve the fears that block your writing, as well as overcome the suffering inherent in having an ego.

You can explore these ideas further in the glossary.

Continued in the book…

Amazon UK / Amazon US / Others

3 thoughts on “Free Your Pen: Lojong for Writers”

Something to cheer you up!

How to Publish your Book: flowchart