Ideas for novels often spring from unexpected places. The seed that became the sprout that grew into my latest novel arrived in the form of a disappointingly bad writing exercise. The exercise itself wasn’t the problem. You just had to take the opening line of a novel and then continue to write for half an hour and see what you ended up with. I ended up with a load of old bollocks. Or so I thought.

For my starting point, I chose the opening line from In Arcadia by Ben Okri – a line that wasn’t too specific and open to interpretation:

“In our different ways, we were all on the verge of nervous breakdowns when the message came through.”

I’m almost loath to share the results. They say you should never share your first drafts with anyone. Ever. But I’m going to break that rule to prove a point. And that point is: never throw anything away.

My initial reaction on reading back what I had written was horror. I even wrote at the bottom of the page: “This is pants. It’s incoherent and makes no sense. Rambling nonsense. There might be the germ of an idea in there, but not much else. It’s too abstract. Bad writing.”

Luckily, I had written it in a notebook, so rather than binning it, I just continued filling the pages (with more crap, no doubt 😉 ). Years later, I rediscovered the exercise and the germ took root. After combining this idea with others it slowly became The Shining Ones – a story about a group of friends who become human angels. I’ll be writing more about that soon, but in the meantime, here’s an example of how the subconscious and personal obsessions and boredom can collide in unexpected ways: 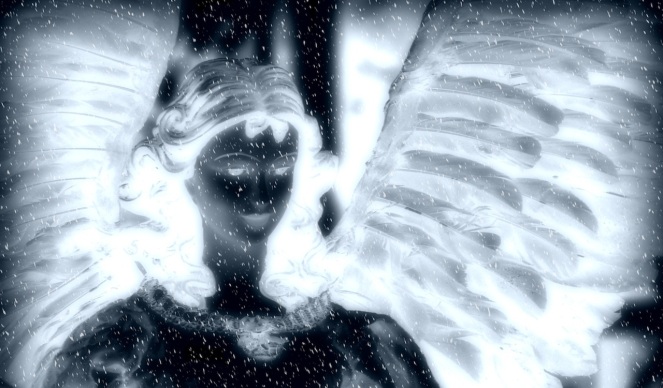 In our different ways, we were all on the verge of nervous breakdowns when the message came through. The message wasn’t the problem. That was just bad timing. It wouldn’t have been so bad if we hadn’t been pretending to be sane. It’s amazing how a few carefully chosen words can unravel someone’s existence so completely and so quickly. But I’m getting ahead of myself.

How did we all come to be there that day?

We had been gathered, collected was the word used, for a reason. None of us knew what that was. We just knew we had to be there at two o’clock. After lunch. They wouldn’t stretch to feeding us. Haul them in, tell them the news, then leave them to make sense of it. Or not.

But we must have had something in common. Besides instability. We weren’t collected at random. There must be a system for these things. Someone, somewhere has all this written down. Someone knows what’s going on. Someone has to be in control.

It’s not us. We’re the guinea pigs.

One or two of us thought it was a joke at first, started looking for hidden cameras. Smashed up half the chairs before someone had to come in to calm them down.

I was watching from the big armchair in the corner, chewing my fingers, as always. Looking for patterns, for meaning.

It was madness. It couldn’t be true. None of us could accept it and yet, there it was. They said they had evidence. They didn’t say what kind, just that it existed. It was incontrovertible. The test results were positive. Positive. That’s good, right? Depends what you’re testing for. One minute you know who you are, or you think you do, the next it’s gone.

They all started to compare stories, where did they come from, who their parents were. A pattern emerged. There were gaps. All of us had black holes in our self-knowledge, questions with no answers.

Perhaps this was what we’d been waiting for. But it couldn’t be true. Granted, the universe is a big place and they say almost anything is possible eventually, but here, now, on this planet?

I started to realise we were being watched and then I knew I would never see my friends again. It was some kind of callous social experiment. Pick a bunch of relatively normal people all with questionable parentage, stick them in a room, tell them they’re not human and see what happens. After they’ve made their notes and learnt whatever it is they think they need to know, they’ll give us our anti-psychotic medication and send us back into the community.

I’ve done a bit of paragraph sculpting, but that aside, this is what dribbled from my pen. Thankfully, the book it seeded turned out better. Details coming soon…