It might not feel like it, but we’re a lucky bunch. We’re living at a time of great upheaval and confusion when everything we’ve known is crumbling under our feet. Why is this lucky? Because we’re the ones who get to decide how things turn out. It’s the choices we make today that will determine the future of humanity.

That has always been true, of course, but this time it’s different. This time, we’re poised on the brink of a new age. That’s why the world seems to be tearing itself apart. The old stories and myths that we have used to make sense of reality for the last two thousand years no longer work.

“When the stories a society shares are out of tune with its circumstances, they can become self-limiting, even a threat to survival. That is our current situation.” – David Korten, The Great Turning

Like it or not, we’re the ones who get to shape the new stories that will take us into the future. But before we can do that, we need to understand why the old stories no longer work and why they don’t match our circumstances. On the surface, this is a scary time. It looks like everything is falling apart and we don’t seem capable of making sane choices. But there’s a deeper reality at work behind the scenes.

In this series we’ll explore what that means and figure out how we can respond to the crisis in a more sane way. This is an updated and rewritten version of a series I wrote a few years ago on Active Hope by Joanna Macy and Chris Johnstone. The book is even more relevant now than it was then, and you can read my short review here.

Now is the perfect time to embrace the ideas in Active Hope, what with Saturn in Capricorn (and his buddy Pluto). Over the next three years we all need to grow up and take responsibility for the way we’re living on this earth. It’s time to walk your talk, stop making excuses and get shit done!

So what is Active Hope?

Active Hope means taking action towards creating the future you would like to have. You don’t sit about complaining and waiting for something external to change and magically make things right. That’s Passive Hope. To live with Active Hope you need to see reality clearly before you decide what to do. And then you have to actually do something that takes you in the right direction.

Even when things seem hopeless, you can still make positive choices to live in a way that reflects your values and beliefs. It doesn’t matter whether you succeed or fail. But if you only act when you know for certain that you’ll succeed, you’ll never achieve anything.

The first step is to see reality clearly, but this isn’t easy because our minds are full of strange ideas and expectations that distort our perception. Not only that, but much of what we believe isn’t even conscious. We tell ourselves stories that are shaped by myths that we’re not aware we believe.

Unfortunately, many of these myths don’t match reality, and when this happens we run into problems. Reality trumps belief. We use stories to make sense of reality and our experience, but if those stories are rooted in self-deception, misunderstanding or misinformation, we drift away from reality.

At best this results in some mild humiliation: the old story of mistaking a rope for a snake, for example. Freaking out over a coil of frayed rope is embarrassing, but not life-threatening. But if your misperception of reality is extreme it can lead to insanity or even death: believing you can fly and jumping from a window while under the influence of hallucinogens, for example.

Three Stories of our time

Active Hope tells three stories that describe our current situation and inform how we live. They exist side-by-side and run simultaneously:

People who believe in Business As Usual think we’re doing great as we are. They think we don’t need to change. We can fix all our problems with technology (Science! Robots! AI!) and that we can continue to consume as much as we want. The answer to every problem is for us to shop more. Business is booming. There’s no crisis. Growth is good and so is greed. Nature is a resource to be exploited and technology can smooth over any shortfalls.

People who believe in The Great Unravelling recognise there are problems with Business As Usual. Our consumer economy has produced extreme inequality and environmental destruction. It doesn’t look like we’re going to change any time soon and the problems seem overwhelming. We’re not acting fast enough to stop the decline and doom appears inevitable. The economy will collapse and industrial civilisation will fail as it hits the limits of growth that reality demands.

Many around the world are already experiencing this collapse. Others teeter back and forth between stories 1 and 2. The Great Unravelling is hard to face so many retreat into denial and distract themselves with social networking and games and Netflix, and think the collapse doesn’t apply to them.

Others are struggling to pay their bills, valiantly soldiering on and doing their best while hoping things improve soon. Some appear to take a perverse pleasure in the collapse of civilisation as we know it. We’re going to die anyway, so we may as well enjoy ourselves – bring on the nihilism! Others have given up, resigned to the worst. Paralysed into inaction, they sink into depression, despair and defeat.

These two stories feed into each other. If we continue with Business As Usual it will create The Great Unravelling. But if you believe the collapse is happening or imminent but can’t face it, you might try to live in the story of Business As Usual simply because you don’t know what else to do. 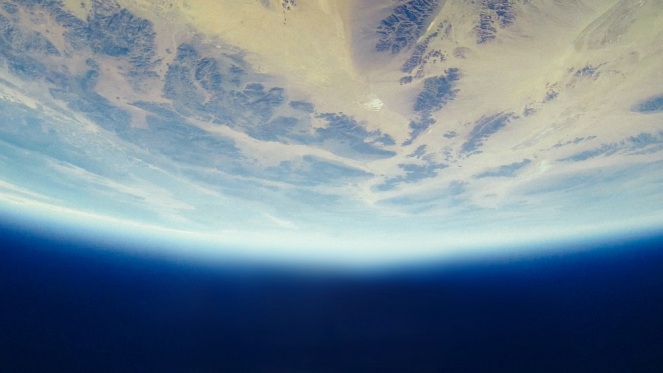 It’s important to note that we don’t know what will happen in the future. The only thing of which we can be certain is that it won’t look anything like the past. And just because we choose to believe in story 3 doesn’t guarantee it will succeed. But it’s important to try – in the spirit of Active Hope.

So what exactly is The Great Turning?

While the first two stories are defined by old ideas about civilisation and human nature, story 3 requires a different approach. It leads us away from the destructive industrial model of civilisation towards one that’s life-affirming and sustainable. It’s a revolutionary change in how we think and live together on this planet.

There have been many revolutions throughout our history. Civilisation began with the Agricultural Revolution at the end of the Ice Age around 10,000 BCE. Also called the Neolithic Revolution, it began with the domestication of animals and crops, which led to the organisation of people through power structures and hierarchy. The patriarchy overthrew the old goddess-based tribal cultures, one thing lead to another, and…

The Industrial Revolution exploded at the end of the 18th century when people left the countryside and farms to work in factories. Everything was mechanised and civilisation became turbocharged. We could feed millions more people and get more out of the land using coal and oil as accelerants. The industrial model of civilisation, and the myths that underpin it, has brought us to the brink of self-destruction.

(Aside: There’s also the Information Revolution and its digital disruption, but this is an off-shoot of the industrial model and suffers from the same biases and blind spots. Unless the mindset behind it changes, it’s just reinventing the wheel and making everything run faster.)

As revolutions go, the Great Turning doesn’t appear to be very effective against the might of the global military-industrial complex. Unless you’re involved in the revolution, you might not realise it’s happening. Cultural shifts tend to rumble through the collective unconscious for a long time before breaking the surface. But if you take a larger view, it’s clear things are changing on the edges of society.

In the last few years it feels like we’ve reached a tipping point in the awareness of these issues. The Shift is starting to hit the mainstream and it’s much harder to deny the need for change now. In Blessed Unrest, Paul Hawken described The Great Turning as, “the largest social movement in history…”

“I soon realised that my initial estimate of 100,000 organisations was off by at least a factor of ten, and I now believe there are over one – and maybe even two – million organisations working towards ecological sustainability and social justice.”

Three Dimensions of the Great Turning

Active Hope identifies three dimensions to this revolution which feed into each other. You can get involved and participate in the change through any or all of these methods – there’s no hierarchy because they’re all equally important and necessary.

Holding Actions include activism and choices designed to slow down and limit the damage being done by the industrial machine. They create friction and resistance, and make it harder for Business As Usual to continue. This is also about protecting natural resources and caring for social communities ravaged by war and exploitation. A good example is the Standing Rock protest to protect the water and tribal sovereignty of the Sioux in Dakota.

This involves rethinking and changing how we do things, finding and building alternative structures to create a sustainable society. Everything needs to be transformed: the economy, business, healthcare, food production, transport, communication, education… We’re getting some encouragement in this direction from Pluto and Saturn in Capricorn, and soon Uranus will join the fun when it enters Taurus.

How we see ourselves and who we think we are affects the choices we make so people will only engage with alternative ways of living if their thinking changes. This shift in consciousness is moving us away from selfishness, alienation, and narcissism, into a larger view of the self as interdependent and connected to the whole of life. We all live on the same earth, breathe the same air, and drink the same contaminated water.

“In choosing our story, we not only cast our vote of influence over the kind of world future generations inherit, but we also affect our own lives in the here and now. When we find a good story and fully give ourselves to it, that story can act through us, breathing new life into everything we do. When we move in a direction that touches our heart, we add to the momentum of deeper purpose that makes us feel more alive. A great story and a satisfying life share a vital element: a compelling plot that moves toward meaningful goals, where what is at stake is far larger than our personal gains and losses. The Great Turning is such a story.” – Active Hope