In the last post we looked at time and our need to slow down and be more present. This is especially important if we want to create a more positive future for ourselves. When you step into the eternal Now, you tap into a larger perspective of reality that helps you to get more done. It may seem surprising, but if you want to be productive, you need to waste more time staring out of the window and doing nothing. 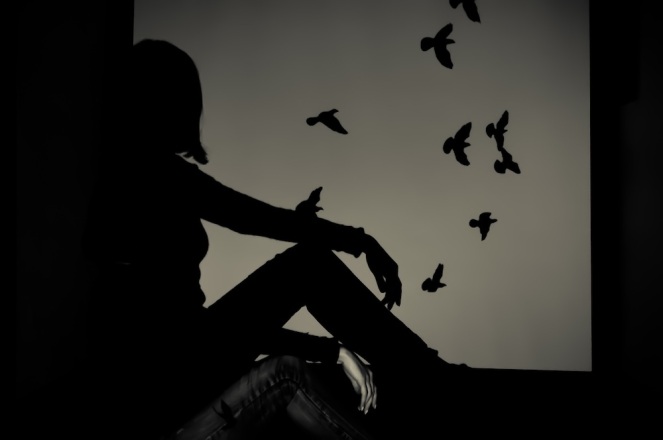 Freud dismissed daydreams as infantile wish-fulfilment, but now we know they actually make us more creative and productive. Daydreaming allows the unconscious to come up with solutions to problems, often while you’re busy doing something boring, like the washing up or your day job. One study has shown that our minds wander 47% of the time while we’re awake. (It’s probably higher in my case, especially when I’m supposed to be meditating 😉 )

Despite this, daydreaming is still seen as a waste of time. Our culture values hard-nosed realism and objective facts. If something can’t be measured and defined in strictly logical terms, then it doesn’t exist. You’re supposed to be an efficient, hard-working cog in the machine, not idling your life away on silly dreams. Dreams can’t be pinned down – they’re not ‘real’ – so they don’t matter.

This devaluation of imagination is one of the many blind spots of our materialist culture. Limiting ourselves to the facts and what we already know means we can only deal with familiar situations. This way of thinking assumes the future will be more or less like the present. But we have no idea what the future will bring.

The only way to see where we’re heading, beyond the immediate horizon, is to imagine it. And that means learning to dream.

Everything that we have created or achieved, started with imagination. To change a situation you must imagine alternatives. To overcome a challenge you must imagine new possibilities. Your dreams and hopes for the future give you something to aim for and a direction to move in. And when you hit obstacles or experience setbacks, a vision of the future can inspire you to keep going.

These achievements were once dismissed as hopeless dreams:

Okay, so we still have slavery, and women are still abused and oppressed even in countries where they have the vote, and young black men still get shot by white policemen for no reason…

Obviously, imagining the future takes a lot of work and we have a long way to go before our dream world matches the ‘real’ one.

In part one of this series (Active Hope and the Spiritual Revolution) we looked at three stories that are shaping our world today: Business As Usual, The Great Unravelling, and The Great Turning. Each of these stories imagines the future in a different way:

Business As Usual sees the future as one of continuing growth. The world looks the same as it does now, perhaps with a few tweaks to keep the liberals happy, like better healthcare or faster broadband. This version of the future is delusional and betrays a failure of imagination and commonsense. You can’t achieve continuous growth on a planet with finite space and resources.

But watch out, because this story is about to morph into a new version: the Space Race. Once we’ve finished trashing this planet, we’ll find another one! However, this is a future (if it ever happens) that would only apply to a tiny minority of people – the ones who escape this earth. The rest us would be left to deal with the next story:

The Great Unravelling sees the future as one of terminal decline. As we use up the earth’s resources and the environment struggles to sustain our way of life, civilisation will collapse. The world will descend into a dystopian nightmare of police states, surveillance, starvation and misery. All your worst dreams come true. This version of the future might seem unlikely but we can’t rule it out. It’s a possibility that’s horrifying enough to motivate people to change the way they live and fight for a better future. Such as:

The Great Turning sees the future as one of sustainability and hope. It recognises the fears and potential reality of The Great Unravelling, and is willing to work to prevent it from happening. Considering how hard it is to convince people to change, this version of the future may seem unrealistic and impossible. But is it?

If we continue along the path of Business As Usual the most likely outcome is some version of The Great Unravelling. We’re living at the end of empire and the dominance of the global military-industrial complex is beginning to fail. How this plays out depends on the choices we make today about how to live on this planet together.

The only sensible course of action is to transition into a more sustainable way of living. To do this, we must first imagine the future and believe it’s possible. Our vision must be compelling and inspiring enough to keep us motivated when things get tough (and it could get extremely tough). We must really want the vision to happen. It isn’t enough to just think about it. The vision, and the intention behind it, must have emotional heft. In other words, it must be personal.

“Because we can never know for sure how the future will turn out, it makes more sense to focus on what we’d like to have happen, and then to do our bit to make it more likely. That’s what Active Hope is all about.” – Active Hope 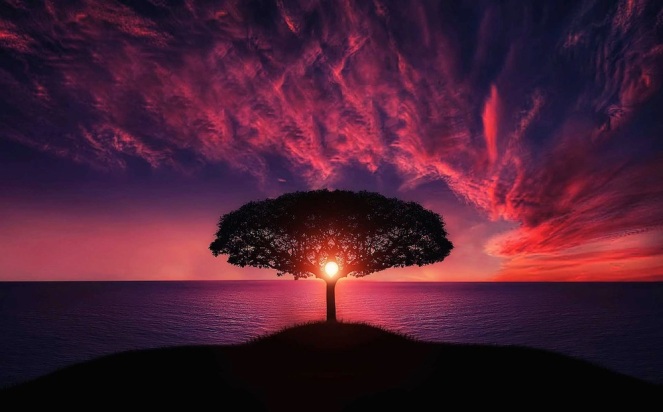 It’s important to find a vision that’s personally inspiring to you. Listen for the vision that calls to you most strongly and resonates with your particular blend of personality traits, strengths and weaknesses. It makes no sense to force yourself to do things you don’t believe in or that feel wrong to you, even if they may be right for someone else.

Here’s an exercise that can help you find an inspiring vision of the future. It can be applied to anything, not just saving the world! Whenever you need to make an important change in your life, you can imagine solutions before you try them out. There are three stages:

Before you dive in and start answering these questions, you might like to try a practice called imaginary hindsight. This is where you approach a problem by imagining that it’s already been solved and then look back to now from the imagined future. When you use this approach, the solutions you come up with will be more creative and detailed. You also get the added benefit of knowing what your future achievement feels like and this can help to keep you motivated.

So begin by looking at a specific situation and imagining what you would like to see happen. Don’t allow yourself to be put off by thoughts like: it’s not possible, that could never happen in a million years, and so on.

Then work backwards from your vision of the future to figure out the steps you need to take to get you there. Note the various possible paths the steps could take – there’s usually more than one way forward in any situation.

Finally work out what you can do to help the vision come about, starting with the first step.

For example: a vision of a life-sustaining society might include things like clean air, renewable energy, processes for dealing with conflict, lifestyles of voluntary simplicity, etc. For each of these possibilities, you can break it down further. So to achieve clean air you would need fewer cars and trucks, no incinerators, scrubbers on smokestacks, more renewable energy investment, more concern about the health impacts of air pollution, etc. Again, each of these ideas can be broken down into steps. So to deal with the cars and trucks you would need electric vehicles, bicycle lanes, pedestrian malls, higher fuel prices, more public transport, more carpooling, etc.

You can keep going with this, breaking each component down into steps, until you find something you can act upon now. An obvious possibility for the above example would be to buy an electric car, or to walk more or take public transport, use a bicycle, organise a carpool at work or for your child’s school, and so on.

On their own these actions may seem trivial, but embedding them within a larger vision and seeing how they contribute towards building a better world, can motivate you to make the necessary changes to your own life. There’s no guarantee that your vision will become a reality, but when you allow yourself to be guided by hope it makes that future more likely.

When you feel overwhelmed by all the changes you need to make, it can help to remember that you’re part of a larger consciousness that’s dreaming all of this into being. There’s a deeper intelligence at work behind our current crisis, and when you catch an inspiring vision you’re being called to take action on behalf of that intelligence. You don’t have to do it all. You only need to play your part, however small that may be. And no part is too small to count.

2 thoughts on “Active Hope and Imagining a New Future”