On my walks around the local neighbourhood I often come across artworks and curious sculptures that make me want to learn more about the area. The Waymarkers were created by Lewis Robinson in 2002 to mark the main routes through the Ouseburn valley. They’re made from steel and glass, and each one celebrates a different aspect of the industrial past and culture of the area. The route itself is marked by blue-green bottles lined up on walls or propped against railings, like this one: 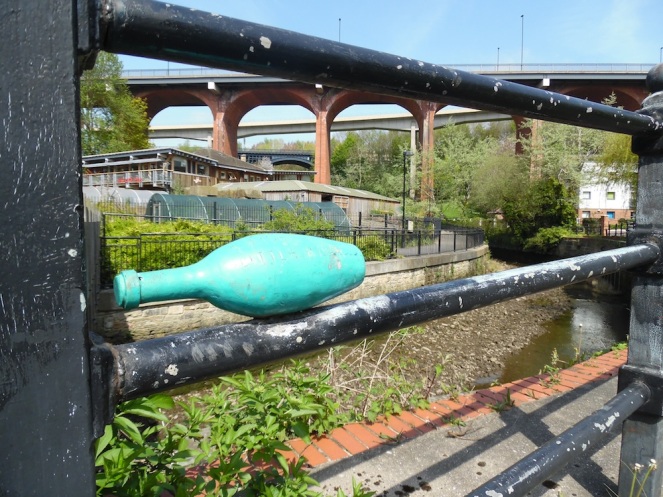 As for the Waymarkers, there are four: the Broken Bottle Column is at the City Stadium, while the Glass House Tower stands outside The Tyne pub on the Quayside. 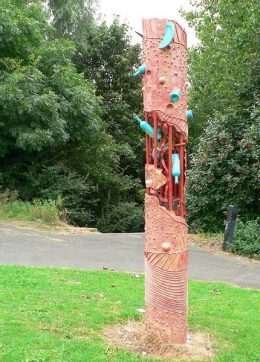 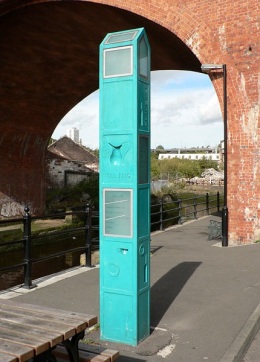 [These 2 photos courtesy of monkchester. The rest are mine]

On the route out of Ouseburn going towards the Tyne, you’ll find the Rope House Tower dedicated to the shipbuilders who worked on the river at Byker. 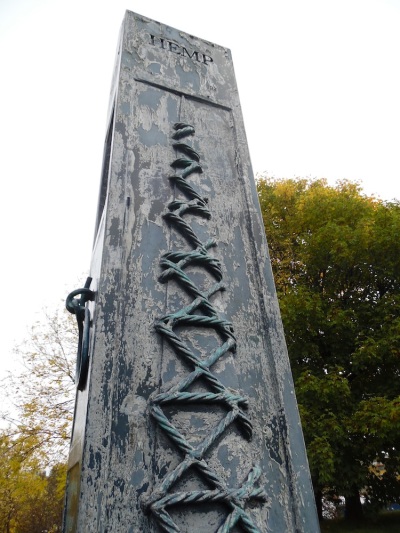 Each side of the tower features a different type of rope: hemp, jute, sisal and coir. 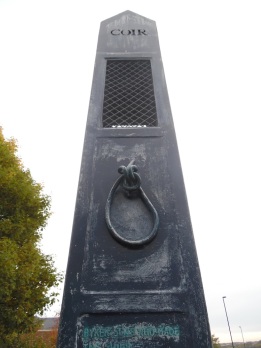 There’s also a poem about the keelmen carved on the base:

“Byker sons made the ships
but never sailed the sea
These untold heroes lived and died
because of you and me
The sons
The lovers
Had a dream
To keep their Byker free
And because of the lads under Byker Bridge
The burn still flows to join the sea.” 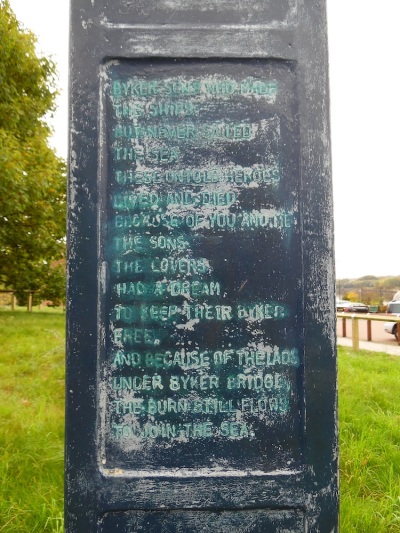 Finally we have the strangest waymarker: the Roman Bar Column:

It stands at the top of Byker Bank beside part of the famous Byker Wall, and features Newcastle’s favourite pastime: beer. 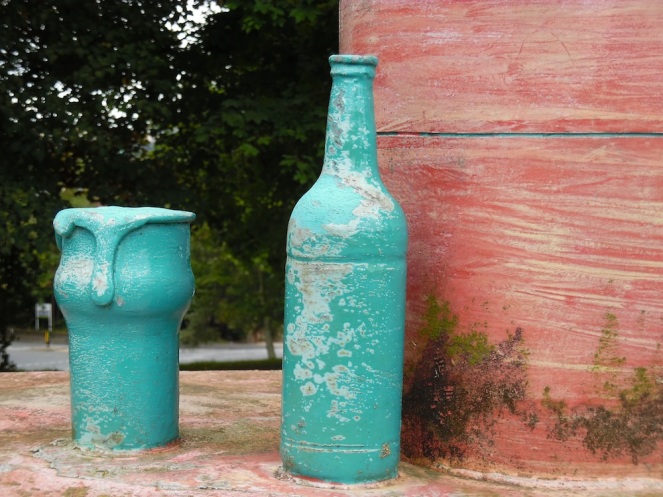 When the column was first put in place it stood opposite The Plough Inn, one of Newcastle’s oldest pubs which dated back to the late 1800s. That’s now gone, replaced by a Lebanese restaurant – of course! 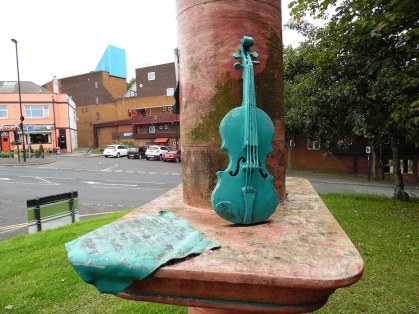 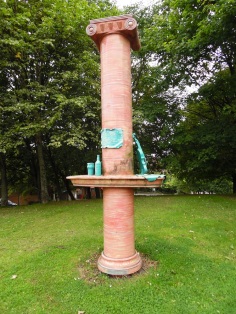 This column celebrates the work of Joe Wilson, a Tyneside music hall comedian and singer who wrote and performed many famous Geordie songs, until his death in 1875 at the age of 34. The plaque contains the lyrics to one of his songs, Keep Your Feet Still Geordie Hinny:

Geordie translation (just in case you can’t work it out): hinny is honey; neet is night; divvent is don’t; bonny is beautiful; and Geordie is a native of Newcastle. You can hear the song performed here by Geordie Wilson, and read the rest of the lyrics.

This post is part of my Addled Extras series

One thought on “Photo Album: The Waymarkers of Ouseburn”