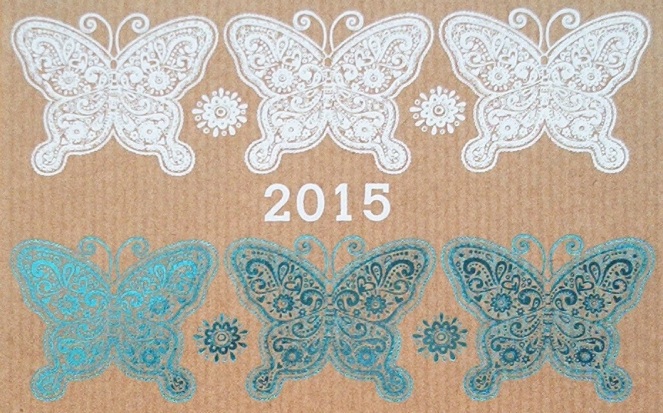 I learned a lot in 2014. For most of my life I believed it was me who was crazy, but last year that changed. I was finally able to say: it’s not me, it’s the culture I live in.

The world is going to hell. We appear to be driving at full speed into a brick wall and the brakes have failed. The craziness of the last few years has brought every pot to boiling point. Battle lines crisscross in a bewildering maze that constantly shift beneath our feet. Nobody knows where they stand anymore.

These are the growing pains of a collective dark night of the soul – the tough love that demands we let go of the past.

The Madness in the Method

I published my first novel in 2014. It was a book born from darkness and struggle, and I was amazed when anybody bought it. Addled occupies what I like to call a nano-niche, so I wasn’t worried about sales. I wrote the book because I needed to, not because I wanted it to sell. Within the context of a world tearing itself to pieces and feasting on its own bloody stumps, I decided that my little book wasn’t important, and concentrated on writing the next one.

My plan was to write an epic bestseller. As plans go, it was pretty stupid and it quickly unravelled. Despite mountains of research and careful planning, the first draft was an ‘epic fail’. All my worst fears were coming true. What was I doing? I was impoverishing myself for a dream, a fantasy. I couldn’t write my way out of a paper bag, never mind a global recession. Perhaps I should quit. Get a proper job. Stack shelves. Clean floors.

This is where I tell you an inspiring tale of how I refused to quit and fought valiantly to reclaim my self-belief. Only I don’t, because I did quit. I quit several times, and each time I was drawn back to the book. I would try again. I would rewrite and restructure, and it still sucked.

Was it the story? Was it badly conceived? Or was it just poorly written? Was it me? I couldn’t tell anymore. My perspective became kaleidoscopic. Getting a second opinion might have helped, but the idea of having someone else bear witness to the calamity I had brought forth into the world made me consider faking my own death and starting a new life as a yak farmer.

This is the problem: I can’t quit because that’s what I’ve always done in the past. I’ve been held back by fears and self-doubt for too long. Losing my job in 2011 was supposed to be the kick in the pants I needed to try for something better, so I can’t flake out now.

My anxiety over writing something ‘saleable’ has twisted everything out of shape. It has made me cranky and it’s killing my creativity. I have to find a way to overcome my self-doubt and learn to have faith.

The disruption of the last few years shook me out of my complacency and forced me to look long and deep into the eyes of my shadow self. And my shadow gazed right back at me. Not a pretty sight, but sometimes we need to get exactly what we fear so we can learn who we really are.

The dark night of the soul is about becoming whole and embracing the lost, unloved parts of yourself. The shadow rises up from the depths and pisses on your cornflakes to stop you from eating them. This is because you’re supposed to be eating something else – something better.

There’s only one way to survive a dark night of the soul, both the personal and collective varieties, and that is: GO TOWARDS THE LIGHT.

This was brought home to me in a brilliant synchronicity one evening over Christmas. I was being very unzen and doing two things at once – reading and watching TV. The book was The Mystery Experience by Tim Freke and I was enjoying his explorations into the nature of love and thinking about how I needed to change my whole approach to everything in my life. I needed to conquer my shadow once and for all.

Meanwhile, the TV was showing Harry Potter and the Half-Blood Prince. I’d seen it before so was only watching it with half an eye. I glanced up from my reading to catch the denouement – Snape kills Dumbledore (shock!), the Death Eaters rampage through the castle and leave a Dark Mark in the sky, and the remaining wizards grieve over the body of their fallen leader. The gathered wizards raise their wands and send light upwards into the sky which dissolves the Dark Mark, demonstrating the point – darkness can be transformed into light. It’s done without fanfare or histrionics. It’s a simple expression of their grief and love.

The moment seemed imbued with meaning for me within the context of what I’d been thinking about, so I decided to take advantage of it. I switched off the TV and picked up another book, Training in Compassion by Norman Fischer, and held it in my hands while I meditated for a few moments. I asked for guidance and stated I would do whatever was needed to stop my shadow turning into a mini Voldemort. I closed my eyes then opened the book at random and stuck my finger on a page. I opened my eyes and read the sentence my finger was pointing at:

After years of journeying through the dark night I can finally see exactly how my shadow undermines and sabotages everything I do. My shadow is made of the lies I learnt from my culture before I was old enough to think for myself. I can see how much time and energy I waste on fear that isn’t real. I can see a way through the darkness.

I can see in the dark because I carry the light.

In 2015 I will change everything. That seems a rather bold statement until you realise it only takes one tiny shift: to listen to the voice of the true self, not the lies of the shadow.

I don’t know if I’ll succeed, but I know I’m not alone in my struggle. The collective cry is going up – we’re all heartily sick of the madness, destruction and death. It’s hard to stay focused on the light when you’re surrounded by so much darkness, but the alternative is unthinkable.

Transformation is possible, and it starts when you remember who you are.

More from my Dharma Diary

Something to cheer you up!

How to Publish your Book: flowchart