In Chiron Myths we discovered how the wounds and unfairness of life can lead to greater self-knowledge and healing gifts. Chiron gives you access to a higher perspective that can reveal the guiding hand behind your life. This is a part of you that knows you better than you do – and it has a plan.

Your secret inner guide is the Self and the process through which it unfolds is called individuation. You don’t have to individuate but there’s often something that compels you to do so. The Self is an archetype of the potential wholeness of your psyche that reconciles the opposites into a paradoxical unity. It’s an organising centre – a kind of energetic pattern that shapes your life through synchronicities, intuitions, and fated experiences.

The Self represents your true nature which is divine, so the process of individuation is the path back to God. You’re not in control of this process – you either cooperate with it, or not. But the more you can get your ego out of the way the smoother the ride will be. As Jung said, “Free will is the ability to do gladly that which I must do.” And in The Myth of Meaning, Aniela Jaffe agrees:

“Man is free and is not free. He is not free to choose his destiny, but his consciousness makes him free to accept it as a task laid upon him by nature. If he takes responsibility for individuation he voluntarily submits to the Self – in religious language, he submits to the will of God.”

The process of individuation usually starts with some sort of shock to your system – a wounding of your personality that upsets the ego’s plans. It can also be more subtle: perhaps everything seems fine on the surface but you’ve lost a sense of meaning and things don’t feel right anymore. Whatever happens, it’s a call to adventure – a call to become more conscious and whole and allow the Self to direct your life rather than the ego.

The process of becoming whole involves reintegrating the parts of yourself that have been repressed or denied, whether positive or negative. These wounds to consciousness happen as a natural part of growing up. As the ego differentiates from the body, your access to full-body consciousness fragments and the instincts are repressed. This can be caused by direct trauma but the normal experience of socialisation can be wounding too.

Even without trauma, your individuality develops through being challenged by others and this forces you to define yourself. But the ego can hijack this process and make a real mess of your growth as an individual. The ego doesn’t have to be a problem – it’s part of the wholeness of your being so the Self expresses through the ego too. The problems start when your ego tries to take over and dominate the process. You can read more about that in my series on the Evolution of Consciousness here.

The earliest wounds tend to be the hardest to heal because they’re buried the deepest. These can trigger initiatory experiences and healing crises later in life – often during transits to or by Chiron. When these wounds resurface they contain all the original pain of the trauma plus the rage of repressed instincts and primal terror. But they also bring with them transcendent experiences, and it’s important to accept both, as Melanie Reinhart explains in Chiron:

“…during periods of sickness, crisis, or states of expanded awareness, if we embrace one level to the exclusion of the other, we might misinterpret the signals of the psyche, and perhaps cut short a process of healing…which is trying to take place.”

That healing involves the acceptance of paradox. The process of individuation makes you more aware of the opposites within yourself and they begin to fight. At first, you flip back and forth between them in an effort to resolve the inner tension, but gradually realise you’re making things worse. Normally the ego would repress one side or the other and create the shadow, but now you have to accept both sides. To resolve the conflict you have to transcend the ego and move to the still centre of the Self which reconciles the warring opposites.

Duality is the nature of existence so the opposites don’t disappear when you become whole – they don’t cancel each other out. You find peace in the Self but the opposites continue their dance. You can stand back and watch or join the dance – so long as you don’t get attached to either side, or to being detached, or to being in the flow of the dance. 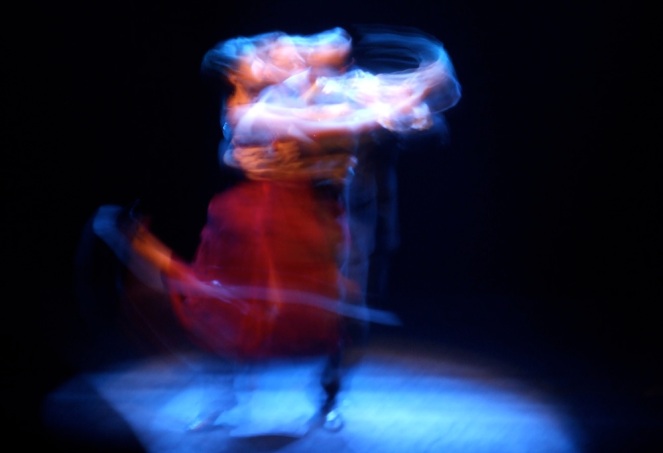 We see this in the mythology of Chiron who sits between Saturn (physical incarnation) and Uranus (higher mind). Chiron represents the integration of mind and body, which includes the instincts, feelings, rational thought and higher consciousness. It’s a way of being that doesn’t try to rise above or transcend human life but embraces all of it – including your wounds.

The tricky part comes when you realise that your wounds are blocking your attempts to heal. To heal you have to be present in your body so you can feel what you’re feeling. But the pain of your wounds can feed the warring opposites and create vicious cycles where you keep re-traumatising yourself in an attempt to break free. The solution is to stop trying to escape and accept the wound as it is without trying to heal. Often this is enough to kick-start the healing process, but it won’t work if you think: “If I accept it, then it will heal.” That’s not real acceptance because you’re still trying to get rid of it. You need to include your woundedness in the wholeness of the Self.

Melanie Reinhart links Chiron to the archetype of the shaman and the wounded healer. Shamans become individualised through the experience of an illness that initiates them onto their path as healers. The illness is one that can’t be cured in the normal way so the shaman only recovers after recognising the illness as a call to a greater life in service of their community. However, if the shaman refuses the call or fails to use their gifts, the wound will eventually destroy them. I explored some of these ideas in my novel Addled: Adventures of a Reluctant Mystic.

The shamanic initiation doesn’t have to involve illness. It can be anything that disrupts normal life and throws your consciousness into conflict with itself. We’re all wounded to a certain extent. Simply being born can be enough, but living in the so-called civilised world is a wounding experience by its very nature. The wound turns your attention inwards and triggers self-knowledge which can lead to wholeness and healing – but only if you work with it.

Becoming aware of your wounds creates an internal pressure and this can be hard to live with. So most people will externalise the problem by projecting it onto others or try to resolve the issue via outside sources. For example, focusing on career and work so you don’t notice what you’re feeling, or escaping into addiction or compulsive behaviour. Almost anything can be used as an avoidance strategy disguised as an attempt to heal, as Melanie Reinhart points out:

“Social, professional or political preoccupations may contain a strong element of this: struggling to resolve and to heal collective issues may be a vicarious attempt to heal our inner suffering.”

This is especially important today because the whole culture appears to be in meltdown. If you’re getting obsessed with the craziness of the world and trying to find solutions to apparently insoluble problems, it may be that you’re projecting your own need for healing onto the world.

The disruption of the culture could be seen as a kind of collective initiatory illness or a global dark night of the soul. The old structures are dissolving and that’s pushing us into a liminal space and forcing us to surrender to a process we don’t understand. We’re coming up against the limitations of the ego and battling an almighty shadow eruption, and that can only mean one thing: we have to grow up and individuate.

“In our times, Saturnian structures of all kinds are breaking down, and the reactionary Uranian individualism unleashed – most notably during the 1960s – is foundering on the rocks of isolation, meaninglessness and fragmentation. Chiron’s discovery during this period of disorientation may offer us the possibility of a new synthesis which respects both.” – Reinhart

Chiron is the key to this process of healing and integration because he stands between the personal and the transpersonal, between the ego and the archetypal forces of the unconscious. In other words, to individuate you have to go through Chiron – through your wounds.

If we want to heal our fragmented and traumatised culture we can only do it by becoming less fragmented and traumatised ourselves. The fact that we’re becoming aware of the madness in the world is a sign that – potentially – we have the opportunity to heal. This is a painful and difficult process of death and rebirth, symbolised by the Crucifixion of Christ – the bringing together of the opposites on the cross of matter.

Chiron shows us how to endure the crucifixion of the opposites by accepting paradox and complexity and recognising the underlying unity of life. This is how we can cope with the ongoing chaos of these times. Rather than getting caught up in the battle raging around us, we can recognise it as a symptom of our own need for healing. By accepting our wounds, we can enter the eternal present of the Self and become whole.

Next we’ll explore the healing process in: The Chiron Archetype in the Horoscope

4 thoughts on “Chiron: Initiation and the process of Individuation”